Benefits to do business in the Caribbean.

Home - Benefits to do business in the Caribbean.

Doing Business in the Caribbean

The islands benefit from a long tradition of political and social stability, a highly skilled and productive workforce, access to international telecommunication services, and a superior infrastructure, making the region as one of the most stable for investments in the world.iness in the Caribbean

Facts to consider before expanding your business to the Caribbean

Expanding your business to the Caribbean might have amazing tax benefits. Aside from lower taxes, Caribbean countries can offer you stability and fast incorporation processes.

Before building your business expansion strategy, you need to know the economy, business laws, legal framework, and the working culture of every country.  Serviap gives you high-level facts to understand the risks and opportunities of doing business in the region.

Which countries are ideal to expanding in the Caribbean Region?

Jamaica is the largest island in the English-speaking Caribbean, and the most populated with 2.93 million people. In 2013, Jamaica launched an ambitious reform program to stabilize the economy, reduce debt, and fuel growth, gaining national and international support.

Jamaica features in the top 20 countries in the world for its comprehensive credit reporting systems and ranks among the best globally in starting a business, according to the World Bank’s 2019 Doing Business report. It only takes two procedures and three days for an entrepreneur to start and formally operate a business.

The Cayman Islands are a self-governing British Overseas Territory. The Islands are one of the most well-known tax havens in the world. Unlike most countries, the Caymans do not have a corporate tax, making it an ideal place for corporations to base subsidiary entities to shield some or all their incomes from taxation.

In addition to having no corporate tax, the Cayman Islands impose no direct taxes whatsoever on residents. They are therefore considered tax neutral. With an average income of around KYD$47,000 (about US$56,000), Caymanians have the highest standard of living in the Caribbean.

The Dominican Republic is a country located on the island of Hispaniola in the Greater Antilles archipelago of the Caribbean region. It occupies the eastern half of the island, which it shares with Haiti. Considered the largest economy (according to the U.S. State Department and the World Bank) in the Caribbean and Central American region. It is an upper middle-income developing country, with a 2015 GDP per capita income of US$14,770.

During the last three decades, the Dominican Republic has experienced a remarkable period of robust economic growth. Tourism, remittances, foreign direct investment, mining revenues, free-trade zones, and telecommunications have helped make the DR one of the fastest-growing economies in the Latin America and the Caribbean region.

In November 2011, the OECD removed Trinidad and Tobago from its list of developing countries. Trinidad’s economy is strongly influenced by the petroleum industry.

Thisis not only a vivid cultural community and one of the best bastions of maritime wildlife habitats, but also a growing and expanding scientific market.

By expanding your business to this region, you’ll be able to take advantage of this and hire a diverse team that can offer you different opinions and views, fill skills gaps and shortages, and become a truly multicultural workforce.

With a complex, culturally diverse past, and tourism as one of their highest-grossing industries, Caribbean countries are mostly multilingual. And, with geographical proximity to Mexico and the US, comes a set of shared cultural norms.

While English isn’t the official language of all Caribbean countries, you can be understood while speaking English, practically anywhere you go.

UNESCO has a long-standing commitment to supporting SIDS (Small Island Developing States) in strengthening the science and technology base of their economies and in building resilience in island societies.

Caribbean economies have benefited tremendously from strong regional and international trade relationships. The small physical size of most islands has made it virtually impossible for any Caribbean nation to produce all the goods that its citizens and firms need on its own.

Trade is so vital to the survival of Caribbean economies that multiple trade blocs have been formed in the region, all of which aim to remove trade barriers, such as tariffs and quotas, among member-states.

Multiple Caribbean nations have achieved middle-income status in the last 25 years.  Caribbean economies were originally extractive, starting as plantations and mining areas from which European empires extracted wealth. Globalization and digitalization has allowed tremendous development in the Caribbean, slowly shedding the burden of colonialism and diversifying economies.

Each nation’s economy in the Caribbean is different. Some islands are much more sector diverse than others while others rely on foreign aid to keep them afloat. Nevertheless, many Caribbean nations share similar economic characteristics and challenges. They engage in trade liberalization, and are constrained to exporting a limited number of natural resources.

With its stunning scenery and vibrant cultures, the Caribbean is one of the world’s top tourist and investment destinations. Sustainable use of ocean resources, great economic growth potential, as well as further development of the region’s services, logistics, agriculture, creative, and digital sectors. The Caribbean should be on your radar when thinking of doing business abroad in a safe and successful way. 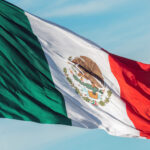 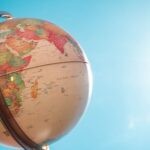 Challenges and opportunities in Emerging Markets 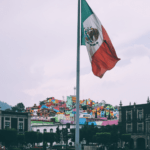 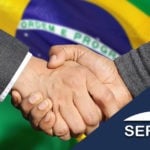 Challenges and benefits of expanding your business in Brazil 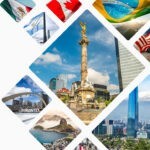