Our diverse executive team is packed with the expertise, energy, and international experience needed to help our clients meet their goals. 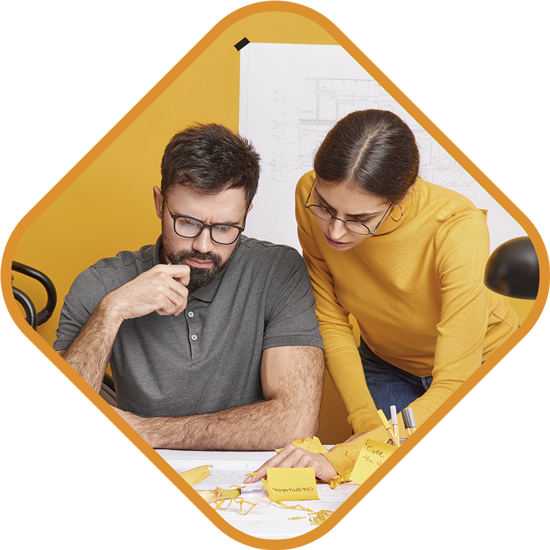 Our international and multilingual executive team has years of leadership experience and a deep collective knowledge of international PEO / EOR services. All of our senior team members share the company’s commitment to service excellence and continuous development. 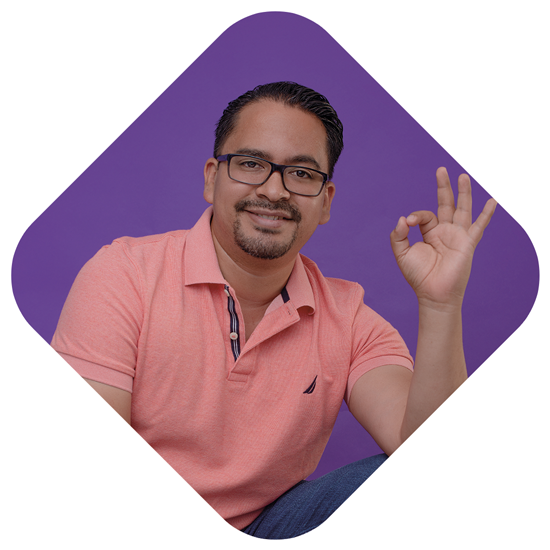 Biography
Victor Anaya co-founded Serviap Global in 2010 along with his two brothers, evolving the family’s HR software business into an international PEO / EOR services provider, after developing an awareness of the desire among businesses to work with international talent and anticipating the growth in remote working that today makes hiring overseas so viable for many companies.

Initially Victor focused on cultivating clients and developing commercial relationships, which helped propel the company from its origins in Tlalnepantla de Baz, on the outskirts of Mexico City, to an international organization with a presence in multiple continents and a network of partners that allows Serviap Global to assist clients worldwide.

While the company has witnessed exponential growth since Victor was appointed CEO in 2017, it has always remained true to its roots, and today the company is proud to still be headquartered in Tlalnepantla – where Victor and his brothers grew up.

Outside the office
As a proud father and husband, Victor spends a lot of his free time with his wife and two young children, as well as with his parents and siblings. Beyond that, he is actively engaged in the local community, dedicating time to good causes, with particular focus on social development and support for children facing hardship.

When socializing with friends and colleagues, Victor enjoys nothing more than sharing a good meal and discussing current events. 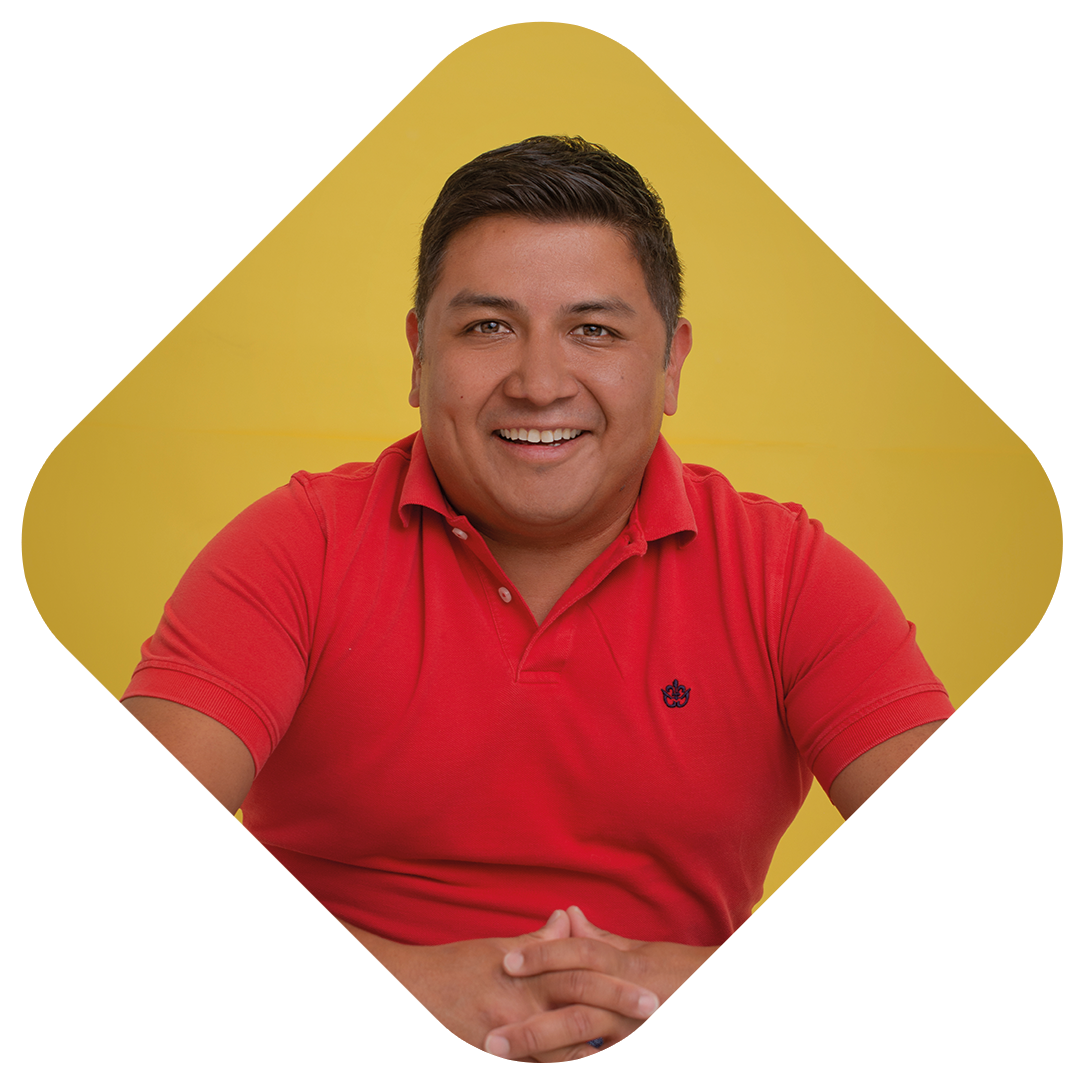 Biography
Jorge Carmona has more than 15 years of experience working in finance roles, and prior to joining Serviap Global in 2021, his professional history included working for global brands in both the food and pharmaceutical industries.

During his career, Jorge has built up significant experience in the likes of strategic planning, new business and product development, mergers and acquisitions, development of integrated business plans and control tower processes.

At Serviap Global, as well as monitoring and managing the budgets of the company and each individual department, he is involved in the likes of evaluating investment projects, providing forecasts related to new incorporations, and analyzing profit and loss as part of his work producing financial statements.

Outside the office
Jorge loves to spend as much of his free time as possible with his family, as well as keeping active. Among his favorite sporting activities, he enjoys running, boxing, and playing gold whenever he has the chance.

Jorge also enjoys reading, with particular interest in business- and finance-related topics. He also likes to share a good meal with friends and visit new places when the opportunity arises. 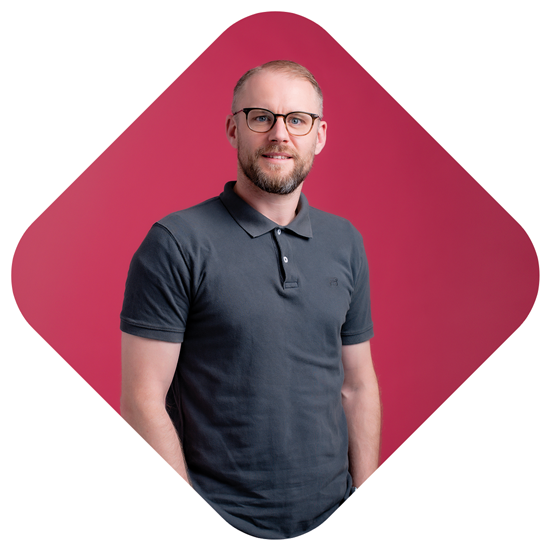 Biography
Charles Parkinson is a British national based in Bogota, Colombia, who initially moved to Latin America to work in journalism. As a journalist he has covered a wide range of subjects and served as an editor, print journalist, and correspondent, while his freelance work has appeared in numerous well-known international publications.

Charles initially used his writing and editing skills to move into marketing following the onset of the global pandemic in 2020, and quickly found that he enjoyed the work immensely.

Before joining Serviap Global in 2022, he led the marketing team for a fast-growing professional services company based in Bogota.

Outside the office
Charles is an active person, who cycles, walks, and goes to the gym regularly. He also enjoys going to the movies, as well as trying new foods and restaurants.

He tries to travel as much as possible, both inside and outside Colombia, and hopes to be able to explore more of South America in the future. 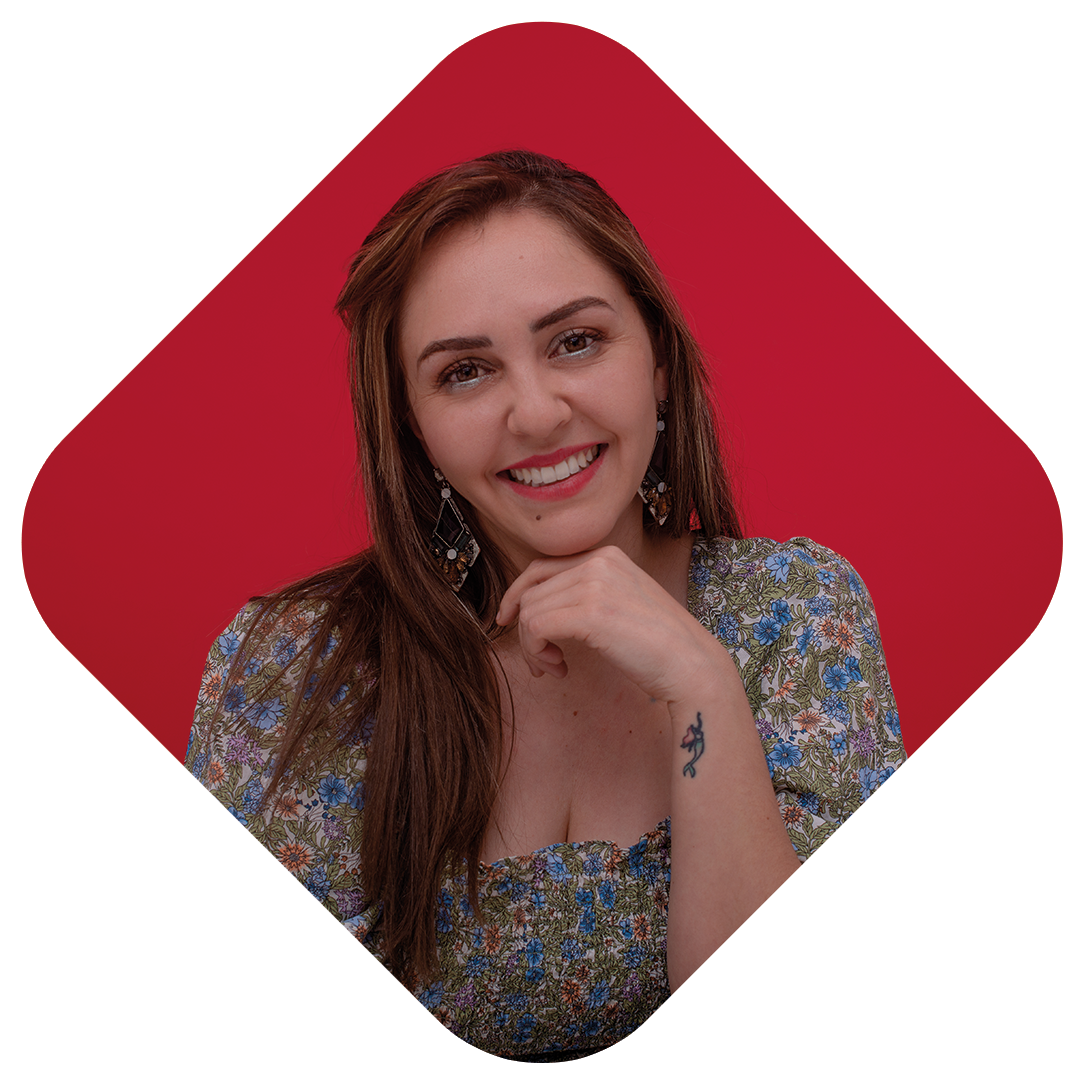 Biography
During almost a decade as a practicing corporate lawyer, Veronica has worked in both the public and private sectors, including for large companies in the human resources and finance industries.

Since joining Serviap Global in October 2019, she has been involved in company incorporations, dissolutions, and liquidations, as well as the likes of corporate bookkeeping and auditing, drawing up and reviewing contracts, leading on legal proceedings on behalf of the company, and other corporate legal matters, such as intellectual property registrations.

As well as holding a law degree from Mexico’s highly-regarded Universidad del Valle, Verónica also holds a diploma in corporate law from the prestigious Universidad Iberoamericana, and is a certified compliance officer with training in anti-money laundering and financing of terrorism.

Outside the office
In her free time, Verónica is an avid reader, with a particular passion for historical novels. She also enjoys going to the movies and is a keen swimmer. On top of that, she is a collector of anything related to mermaids.

As a passionate animal lover, Verónica likes to support local animal protection organizations as much as she can, as well as contributing to groups involved in community development. 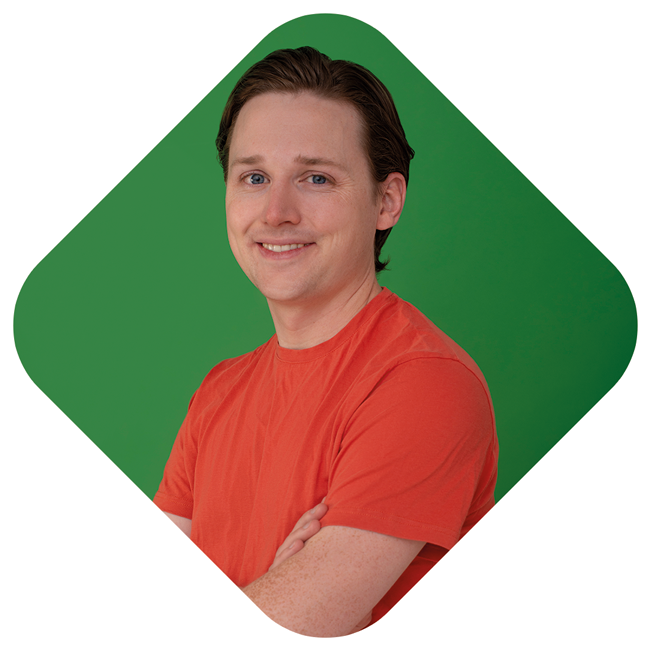 Biography
Originally hailing from Shreveport, Louisiana, Caldwell Butler relocated to Mexico in 2019 to lead the Serviap Global sales team, overseeing its significant expansion since his arrival, so that today he has a team of regionally focused sales executives based in multiple countries around the world.

Prior to joining Serviap Global, Caldwell had worked as a senior consultant and analyst focused on defense and security, in both the public and private sectors, including for one the biggest IT and consulting firms in the United States.

Caldwell holds a degree in international affairs from The George Washington University and speaks fluent Spanish, having lived and worked in six Spanish-speaking countries.

Outside the office
Caldwell lives in Mexico City, where he enjoys cycling, dining out, and going to the movies and theatre. He is also a keen traveler and has had the opportunity to vist to numerous countries in the Americas, Asia, and Europe.

While Caldwell is well-settled in Mexico, he also likes to get back to the United States to visit friends and family whenever he can. 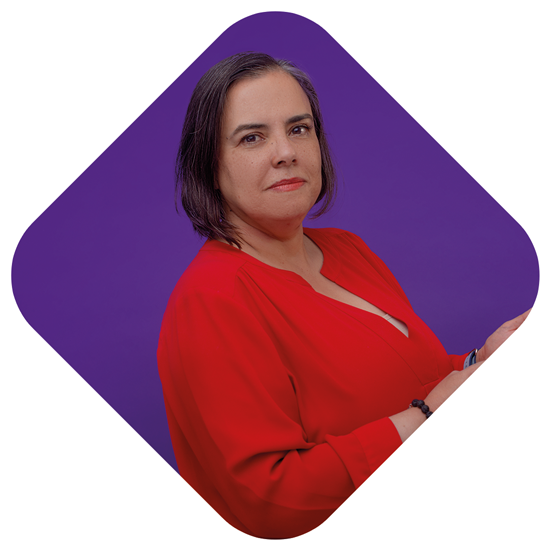 Biography
Marycarmen Prieto is a bilingual specialist in HR, who holds a bachelor’s degree in business administration and has also studied public accounting at university level.

She joined Serviap Global as operations manager in 2018, having built up over 12 years of experience in HR leadership roles, including more than a decade with a major foreign multinational focused on providing inspection and verification services related to international trade.

Outside the office
In her free time, Marycarmen is an avid reader, as well as enjoying listening to music and going to concerts and movies.

She is also a keen gardener, with a particular passion for collecting and growing orchids.

Marycarmen also loves to travel, and whenever she has time she likes to take short trips within Mexico to get to know new places. 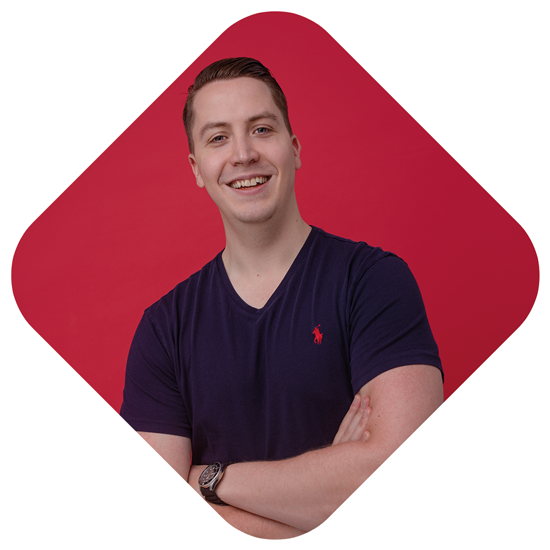 Biography
Originally from Germany, Simon moved to Mexico in 2014 to complete a double degree in international business and marketing, studying at Monterrey Institute of Technology and Higher Education.

After finishing his studies, Simon moved to Mexico City, where he worked as commercial manager for a large co-working company, before joining a Big Four accounting and consultancy firm as a senior associate. He subsequently served as vice president of sales at a Spanish recruitment startup which earned unicorn status during a funding round which opened prior to his departure.

As head of global account management, Simon works directly with new and existing clients, as well as overseeing the business intelligence team and leading on the development of tools and processes that benefit the company’s client base.

Outside the office
Simon loves to travel, having visited 29 countries. In mid-2022, he relocate to Madrid, Spain, where he is currently based.

As well as traveling, Simon enjoys reading about business and innovation, cooking, and being active, including hiking and going to the gym. 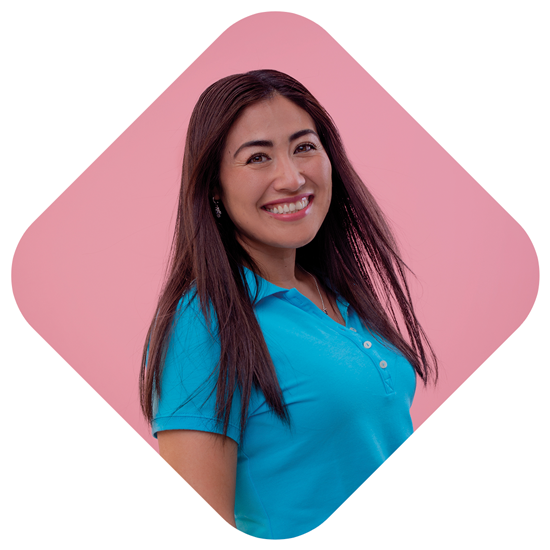 Biography
Tania Galindo holds a bachelor’s degree in economics and finance from Universidad del Valle de México, as well as a master’s in innovation for business development from Monterrey Institute of Technology and Higher Education.

Prior to joining Serviap Global in January 2022, she worked in a range of management roles focused on purchasing, logistics, and supply chain, including for both Mexican and international companies involved in the likes of construction, manufacturing, and jewelry production.

As global ICP and procurement manager, Tania is focused on overseeing the company's buying processes and helping Serviap Global build up its network of trusted partners around the world, which today allows the company to assist clients in over 100 countries worldwide.

Outside the office
Tania enjoys traveling whenever she can, and particularly likes sampling new cuisines and experiencing different cultural offerings when she gets to travel.

Tania loves being active and especially doing outdoor activities, as well as spending time with her family. 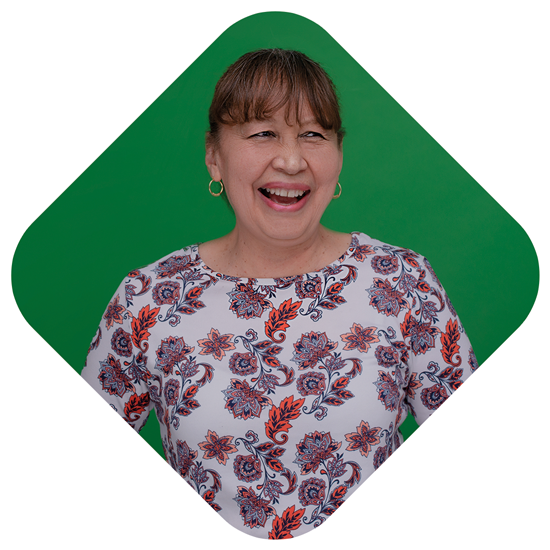 Biography
Lourdes Hernandez is a specialist in information technology systems with over 35 years of experience in the IT industry, who studied information systems management at the prestigious National Autonomous University of Mexico (UNAM).

Prior to taking up the role of IT manager for Serviap Global in 2017, she worked in leadership roles for several large companies involved in the likes of the chemical, electronics, and homeware industries.

At Serviap Global, Lourdes has been involved in developing and integrating technologies in different projects, including implementing an enterprise resource planning (ERP) system, as well as administering payroll systems.

Outside the office
Lourdes enjoys being active and especially doing outside activities, including walking, playing basketball, and swimming. She is also enjoys cooking at home, with a particular interest in preparing Mexican and Japanese food.

Beyond that, Lourdes has also studied floral design at the Mexican Federation of Gardening and Flower Arrangement, and also likes to do flower arranging whenever she gets the chance.

At Serviap Global, we are an equal opportunities employer that understands the value of diversity when building great teams. If you are looking to work in a dynamic international environment, we look forward to hearing from you. 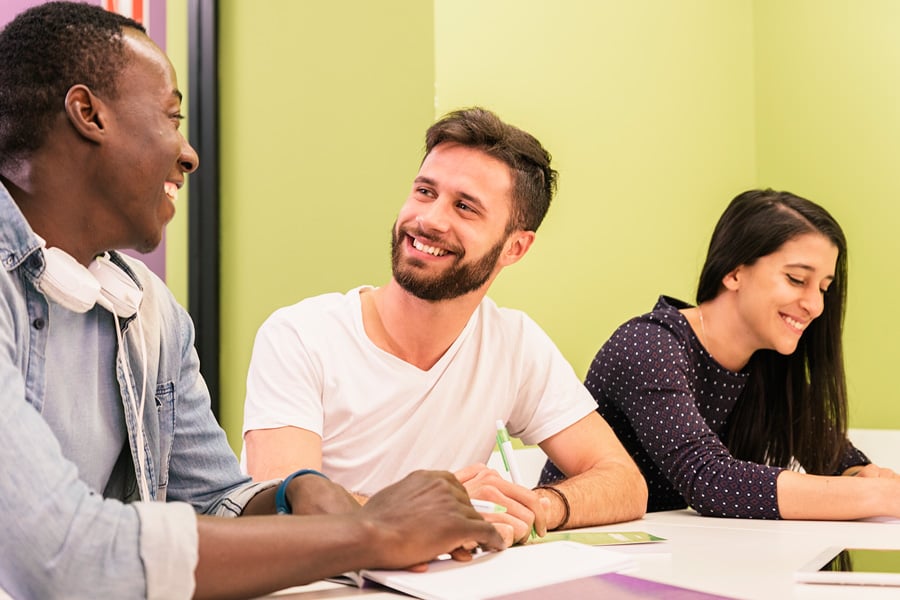